New installation when the other Locus is installed too

Due to the recent changes in the Android file system, apps can no longer share one data directory. It is possible to transfer the data from one Locus to the other though. The newly installed app can detect the other app on the device and offers to transfer its data:

What if I refuse?

One app installed on the external SD card

The updated app detects the other Locus Map in the external storage (removable SD card) but it can not migrate its data automatically: 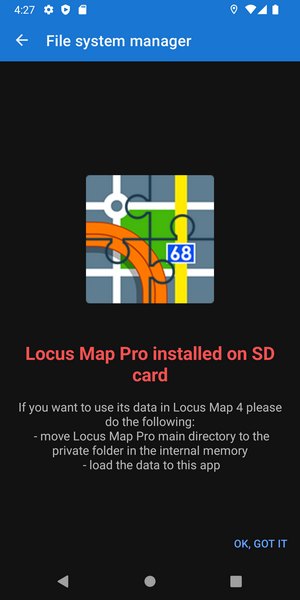 There are a few more steps to do: