Available only with Premium Gold

Tracks, routes and points can be synchronized across many devices through our cloud sync service. This is done automatically always after any change made to the database - when a track is recorded, route planned, a point imported… The sync unifies the database content with all other devices running the same Google account.

After the first sync, the automatic synchronization is turned on by default. If any change happens to your database (track is recorded or imported, a route is planned, points are imported…), it is immediately synced with the cloud.

Automatic sync can be turned off in the settings.

How does sync work?

But you should be careful about one situation - during a sync process on multiple devices also DELETINGS are synchronized. That means when you delete some data on one device, the same data will be deleted on all other synced devices. 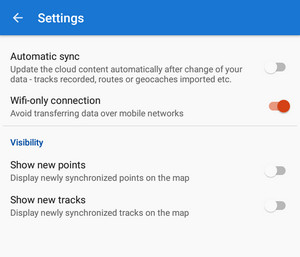 When there is any problem with syncing you can get information about the last sync action in the topbar menu: 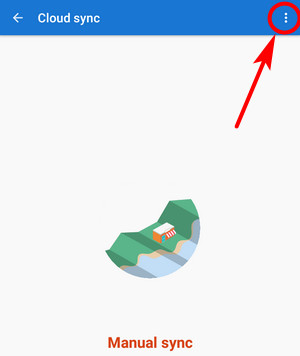 Also available in the topbar menu.

Locus Map is synchronized with cloud storage. Its contents can be viewed in the web library and edited in the web planner at web.locusmap.app