All maps downloaded from online mode, obtained from outside Locus Map or from Locus Store are listed in Offline tab of the Maps manager.

The tab consists of a topbar with the following buttons and the map list:

How to display an offline map

The offline maps are listed under the top bar. Tap on the map name, and if your real position is within the map, the map launches into the main screen. Otherwise, you are prompted that your position is outside the map and offered to have the map centered. If you know that your current position is not on the map and you want to display the map anyway, you can enter the map Action menu and select

Center map option. It shifts the map to match your screen's center. If you want to center your screen on another place in the map, Locus Map provides 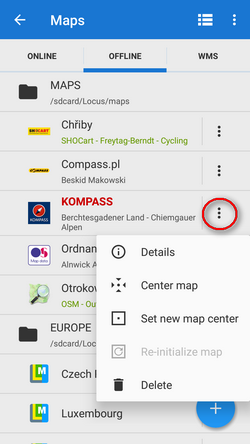 As is mentioned in the chapter about Online maps download, Locus Map stores downloaded maps into the Locus/Maps directory. It displays itself as the Maps folder in your Offline tab. The maps in it are sorted alphabetically as you named them. 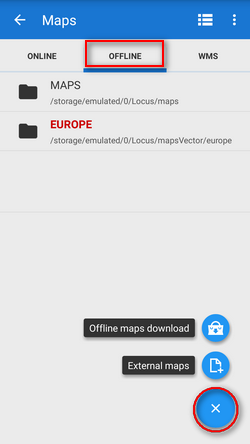 Unlike LoMaps, maps of our commercial map partners (Swisstopo, SHOCart, Freytag&Berndt…) are downloaded directly from their servers, and each such download is processed by the partner as a new map purchase. Therefore, we strongly recommend to back up your maps right after downloading. You can do so on your PC or another external storage but the most comfortable and flexible way is cloud backup.

If you need to back up your map, tap the option in the map action menu: 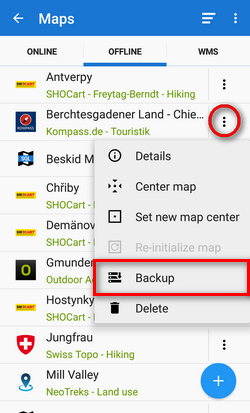 Progress and result of the backup can be seen in notification center: 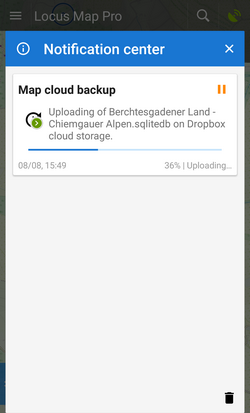 When you use this option for the first time, it is necessary to define your map backup storage: 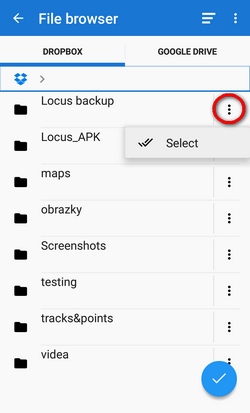 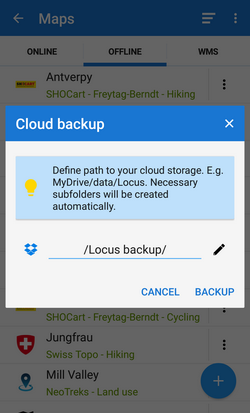