The GPS/Compass button/indicator can be placed in one of the Functions panels: 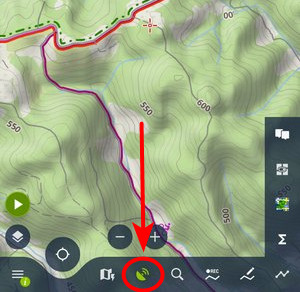 It indicates your internal GPS status: 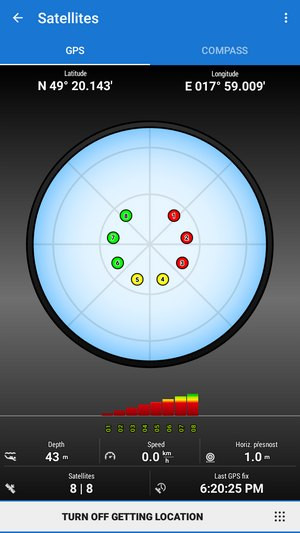 Tapping the skyplot or the button in the bottom switches GPS on/off.

Tapping the side of the bottom button opens a selection of available location sources: 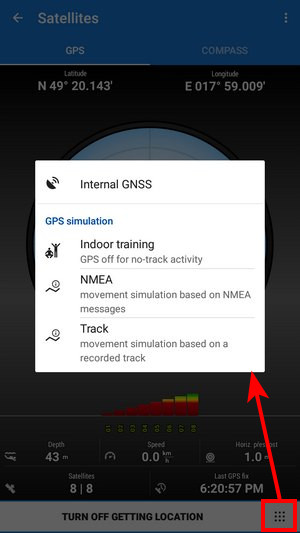 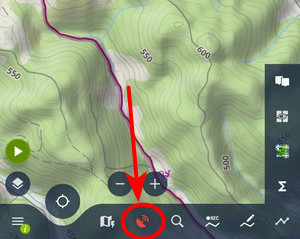 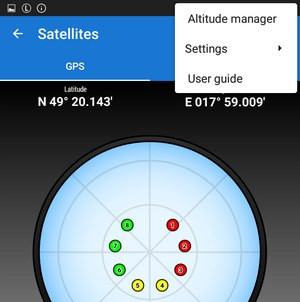 The topbar menu contains shortcuts to several items of your device sensors' settings:

The skyplot can be switched into a 3D version:

The globe can be enlarged by pinch zooming and rotated. 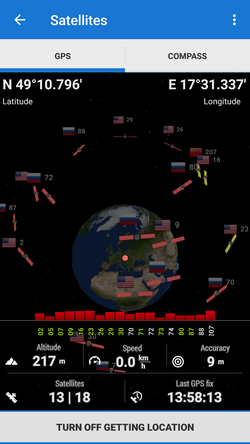 The other tab displays the compass, azimuth, the distance of your navigation target, and tilt of the phone. Lower line contains also fields for time to next waypoint active in navigation and declination value.

The compass ring displays the current position of the Sun in the sky. 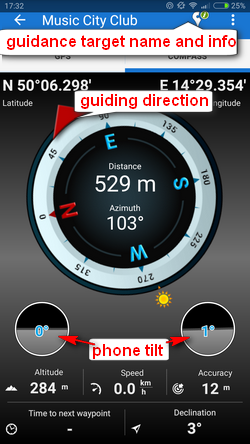